Posted on November 1, 2013 by Salil Kallianpur

A few days ago, the Vice President of the Indian National Congress party, Mr. Rahul Gandhi tweeted that his party would implement the free medicines scheme for the poor across India. Since the tweet coincided with Mr. Gandhi’s visit to Rajasthan, it can only be assumed that he was touting a relatively successful scheme that his party’s government runs in the state.

Sometime last year, India announced a $5.4 billion policy to provide free medicine to its people. This was the outcome of the report of the High Level Expert Group appointed by the Planning Commission in 2011 to look into the broader issue of Universal Health Coverage (UHC), a key requirement to improve social indices in India.

While the availability of free generics can be a decision that could change the lives of hundreds of millions of Indians, the proposal runs the risk of being overly simplistic and potentially dangerous. The underlying assumption here is that merely providing medicines free would help improve the health and the productivity of the nation. In isolation that is simply not true.

Health is a concept that far exceeds doctors, hospitals and medicines. You need these only when you have to treat a condition. The concept of keeping good health is to prevent anything from affecting you mentally, physically or spiritually. When the government decides that the first step towards UHC is free medicines, it is a step forward gone horribly wrong. It means that the government will do little to keep you in good health and will come up with hare-brained schemes even after you fall ill, leaving you to largely fend for yourself.

This is not to say that receiving free medicines is not a great idea. To the sick and the infirm, it will provide succor to millions who have to otherwise pay for it from their pockets. The problem is in its implementation. That Rajasthan did well with the scheme – as did a few other states – is well studied. However the fact that its nation-wide scale up was shelved demonstrates the government’s sheer lack of confidence. Here’s why. 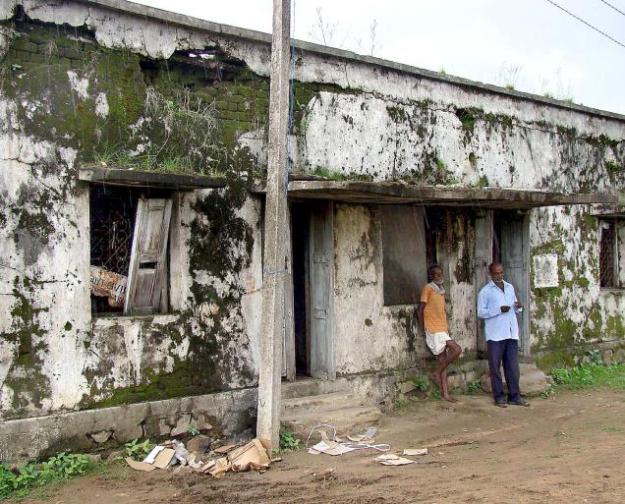 Currently, less than 35% of India’s population has access to health care. This means approximately 2 out of 3 residents in India do not have a medical facility (clinic or primary health centre) to go to or a doctor to consult, much less be able to get a prescription and buy medicines. Even the 1 out of 3 residents, who have access to a medical facility, barely get to see a trained medical professional. This is because of an acute shortage of trained staff and chronic absenteeism – doctors get their salaries from the government anyway and prefer to spend more time at their private clinics where they can charge for their services. And if the patient is lucky to see a doctor and get a prescription, chances are that the medical stores will be out of stock. The medicines are either not purchased and delivered to the stores or sold into the private market for a hefty profit.

If this is the state of affairs when only 420 million people are anywhere close to accessing health care, imagine the sheer grit, determination and resources needed to scale this up to 1.2 billion Indian citizens and a few million other residents[1]. Is it any wonder then that today 80% of doctors, 26% of nurses, 49% of beds, 78% of ambulatory services and 60% of in-patient care are provided by the private sector?[2]

Providing free medicines is indeed a laudable idea but one that is fraught with impracticality. Mr. Gandhi must outline the measures he would put into place to prevent corruption in the tenders floated for the purchase of high quality medicines, create adequate storage facilities, tackle absenteeism of medical professionals in public hospitals and ensure constant supplies. These are just a few issues. And going by the way the Public Distribution System has shaped up over the last few decades, there is enough room for skepticism.

So, what is the alternative? Given that India vies for the title of “Pharmacy to the World”, it is safe to assume that there is no domestic shortage of production of medicines. The difficult part is to ensure that the medicines are of good quality. If the FDA can tighten the noose on Indian suppliers of generic medicines to the USA, there is no reason why the Indian regulatory agency cannot do it for its own residents. By ensuring the quality of medicines, the government can rely on the open market mechanism that influences the consumption of health care. The naysayers will do well to merely check on the systematic rot and neglect that public sector pharmaceutical companies have been put through by the government to understand why manufacturing has to be private-sector dependent.

The delivery system would also be efficient since it has to be competitive and competent. The huge saving thus accruing to the Government could be utilised to step up public investments in rural and urban health infrastructure and services, thereby generating employment and income opportunities — both directly and indirectly. For the genuinely needy, `medicine vouchers/stamps’ could be supplied through the Panchayat Raj or local government machinery that could be strengthened and empowered for the purpose. But all this services the sick and is a drain on the economy. Countries with the most efficient health care systems are those that prevent illness through early detection combined with community-based primary care to limit more costly upstream interventions.

India faces enormous challenges such as high disease prevalence, unregulated and fragmented health-care delivery system, non-availability of adequate skilled human resource and inadequate finances to name a few. To address these challenges there has to be a paradigm shift in health policies. While the planners of his government have realized that the central government is not ready to set up a scheme of this scale in the face of such challenges, it seems Mr. Gandhi is more optimistic about it.

Images courtesy: Rahul Gandhi from here and the Adilabad PHC from here.

View all posts by Salil Kallianpur